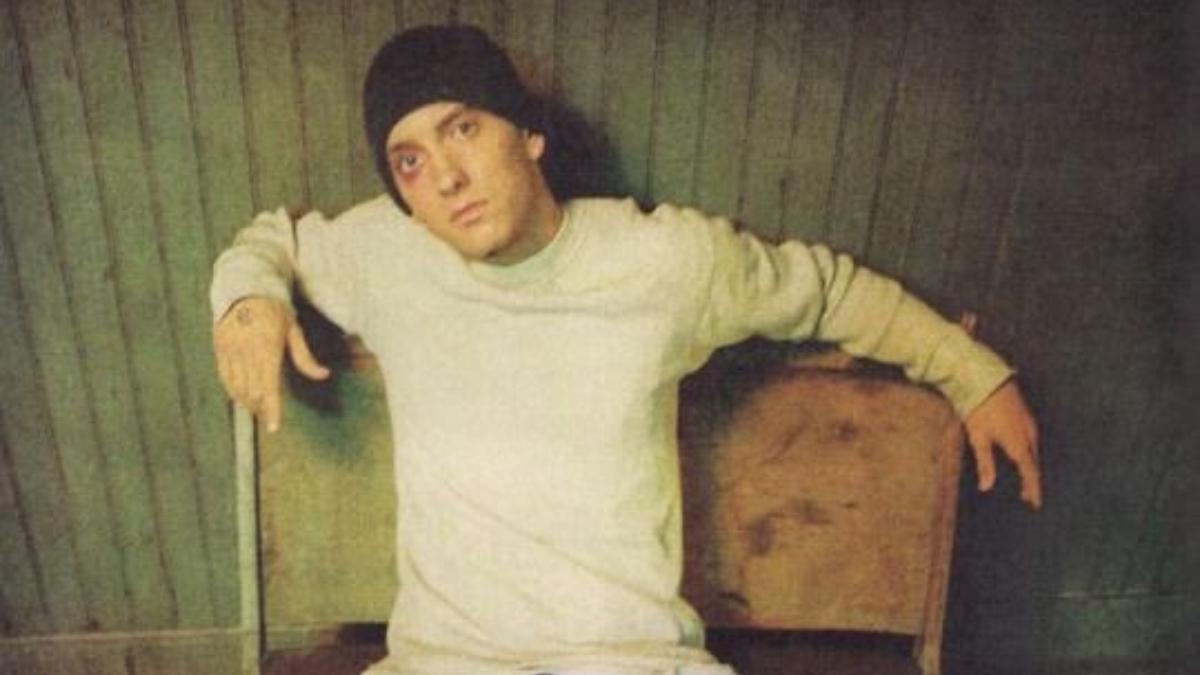 Eminem Ready To Suit Up For The Detroit Lions

Eminem told his beloved Detroit Lions he would gladly trade his microphone for cleats if he could play NFL.

Eminem Waiting On The Detroit Lions To Call Him Up

In the season finale of HBO’s Hard Knocks, which focused on the team’s second year under head coach Dan Campbell, the legendary rapper visited the team’s training camp.

A clip from Em’s visit was shared on Twitter by the Lions on Thursday (September 1). In the clip, Em tells the team he would relish the chance to join the team.

“I said I’m here for whatever position,” the rapper told Denaun Porter after practice. “I’m here. Any of ‘em. All of ’em.”

After making his way onto the field, Eminem informed the team that he would “lace up whenever” and “go to every game.”

At Ford Field on September 11, the Detroit Lions will face the Philadelphia Eagles to kick off their season. On Tuesday (September 6), Hard Knocks’ final episode will air.

The greatest hits album Curtain Call 2 by Eminem arrived on August 5 as the rapper’s latest release. During its first week on the Billboard 200, the album achieved a debut position of No.6 with 43,000 album-equivalent units sold.

In this article:Detroit Lions, Eminem, Hard Knocks
Up Next: