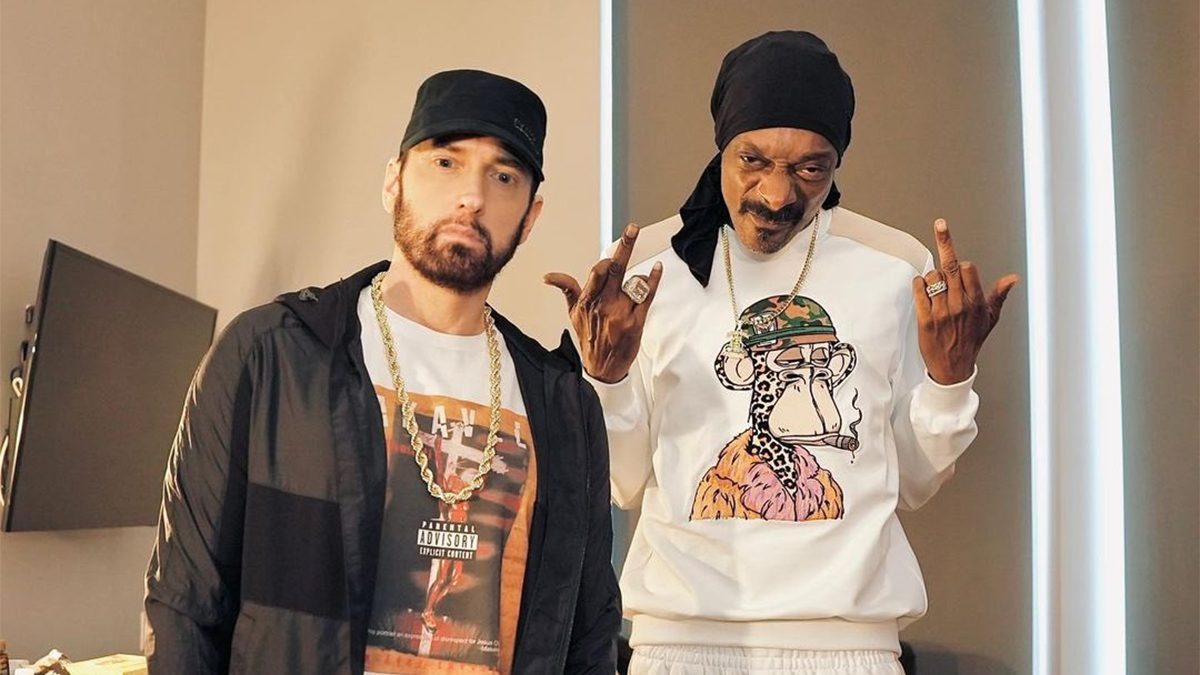 Eminem always does his best to keep his fans on their toes. No one really knows when Eminem is about to release a new album anymore and then without disappointment, Eminem drops another banger. The last time we heard the 8-mile rapper was about a week ago on ‘The King & I’ with CeeLo Green. And now Eminem drops another bomb with the announcement of his new album ‘Curtain Call 2’.

If you’re wondering what sound Em is bringing us with this new release, keep reading.

Eminem and Snoop Dogg team up for new single:

Arguably to of the best rappers of all time performed during this year’s Super Bowl Halftime show. Both Eminem and Snoop Dogg delivered the performances we were waiting for. But not only have they absolutely crushed their recent live performances, keeping their current fans and gaining new ones, but they collaborated for the very first time on their new single ‘From the D 2 the LBC’. Snoop assured fans that this song would be on the ‘Mount Westmore’ album.

Showcasing the best Eminem and Snoop Dogg have sounded in a while. ‘From the D 2 the LBC’ also shows what it looks like when two rap icons can squash their beef and give us a hit!

Check out the video below:

In this article:Eminem, New Album, Snoop Dogg
Up Next: