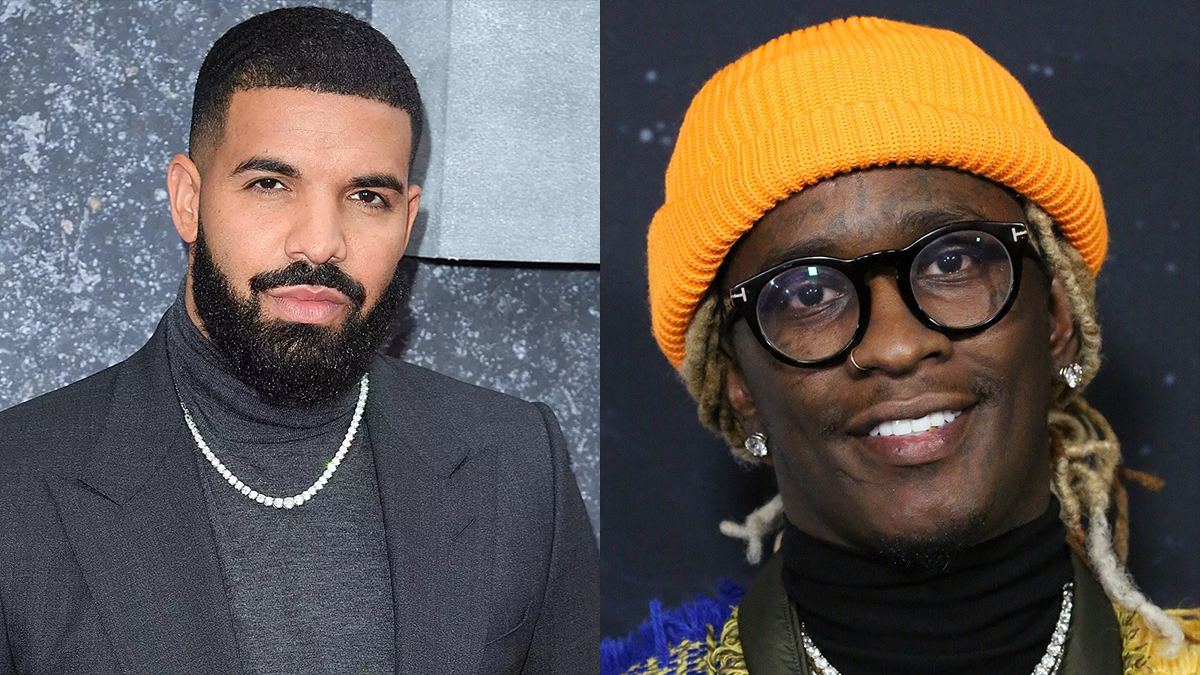 One of the latest, more serious matters in Hip Hop Today is the ongoing incarceration of Young Thug and 20+ other members of YSL. Many other influencers and artists have weighed in on the matter. One of the more noteworthy came last night from Drake on his new surprise album “Honestly, Nevermind.”

On track #7 titled: “Sticky,” you can hear him saying, “Hey yo Eric, bring them girls to the stage.’ Cause/Somebody’s getting paid. And/Free Big Slime out the cage,” referencing Thug as ‘Big Slime’

Young Thug and Drake have collaborated many times and established a friendship throughout the years. Thug has been incarcerated in Georgia since May 9th. Amid a RICO case with over 20 other members of the Young Stoner Life group (YSL) being brought in behind him totaling 56 indictments between them all.

Like Drake, many other collaborators and friends have weighed in on the matter. Issuing rallying calls such as Drakes “Free Big Slime,” trying to bring attention and sending a call for the liberation of one of the brightest stars in hip hop today, Young Thug, and the rest of his crew.

Another well-known member caught up in this RICO case is Thugs artist Gunna. Gunna issued a letter claiming his innocence over the past week.

Not only did Drake reference YSL and “The Slimes” in track #7 sticky on his new collective piece, but he also through “Free YSL” across the screen in big green bubble letters in the midst of his over a 9-minute video that dropped alongside the album for track #2 “Falling Back.”

Last weekend at Hot 97s, Summer Jam Thug had made an appearance via a pre-recorded video showing gratitude to his supporters. And asking them to take a look into the new “Protect Black Art” petition. This was created to limit legislation’s usage of art/expression as evidence in criminal cases.

“I just want to say thank you to all my friends and my family for coming out and supporting us. You know, your support during this time means a lot to us. … This isn’t just about me or YSL” said Thug. As he is only one of many other artists who have had their lyrics being misleadingly used against them.

He then states, “I always use my music as a form of artistic expression. And now I see that Black artists and rappers don’t have that, you know, freedom. Everybody, please sign the ‘Protect Black Art’ petition and keep praying for us. I love you all.”

Young Thug and Drake have connected on 3 separate occasions within the last year, reaching billboard charts each time. Back in October, Thugger gifted Drizzy a chain from one of the biggest names in jewelry as far as hip hop goes, “Elliante,” with a lot of thought put into the piece.

We are hoping for the best for Thug and the rest of YSL’s family & friends as they were denied bond. Their next appearance in court isn’t until January 2023.