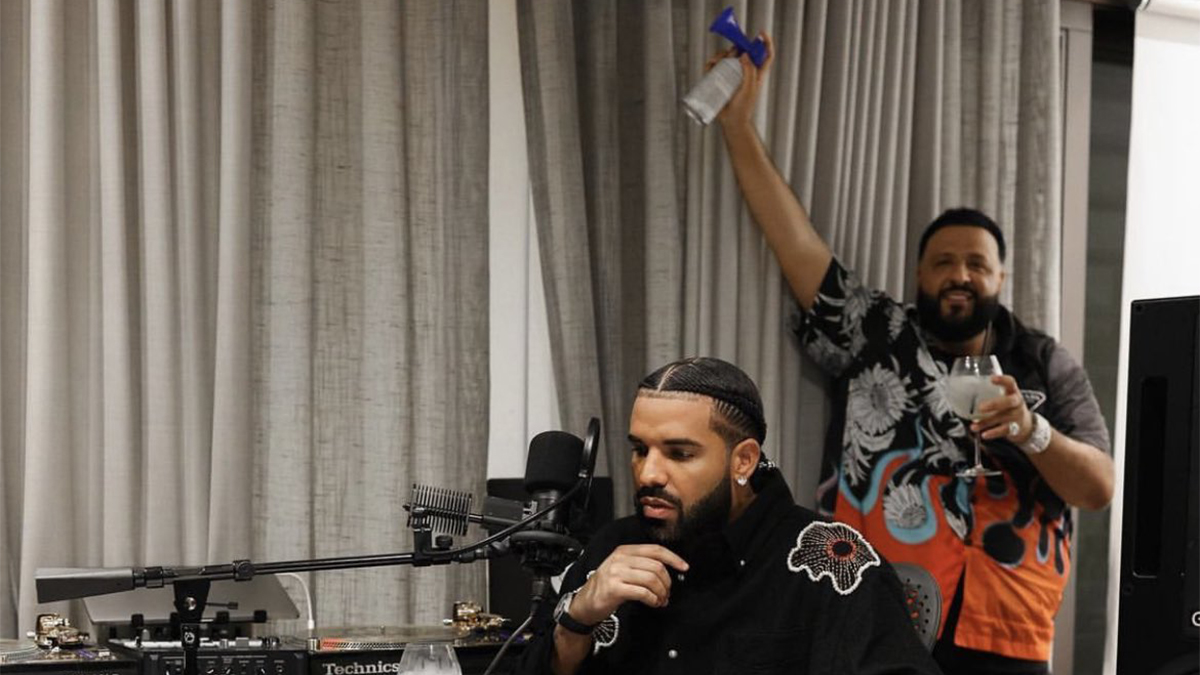 Drake and DJ Khaled, Potential Collab On The Way?

Ahead of his upcoming album release, DJ Khaled has been putting in the work over the last couple of months. As always, Khaled has one of his closest industry friends, Drake joining the fun.

Drake paid DJ Khaled a visit to his Miami home on June 20th. They grabbed some dinner and went over to the studio to put some work in for Khaled’s upcoming project.

In a clip showcased on Instagram, Drake said “You know it’s only right I had to come for family dinner. I always have to stop by for family dinner, always”. Khaled responded saying, “Drake, I got to be real with you; the video treatment idea is incredible. Nah, the song we got, you’re a genius. The idea for the video is insane.”

History of Drake and DJ Khaled:

The dynamic duo first teamed up in 2010 on “Fed Up”. This paved the way for a productive and lucrative relationship that gave us other hits such as ‘Pop Star, ‘Im On One’, and ‘No New Friends’ and more. As always, DJ Khaled loves to bring the hype and has a new favorite phrase, “Drake did”. He has used this phrase when speaking about someone who doubted him.

We are looking forward to seeing more hype from the two as we get closer to the arrival of DJ Khaled and Drake’s new project.