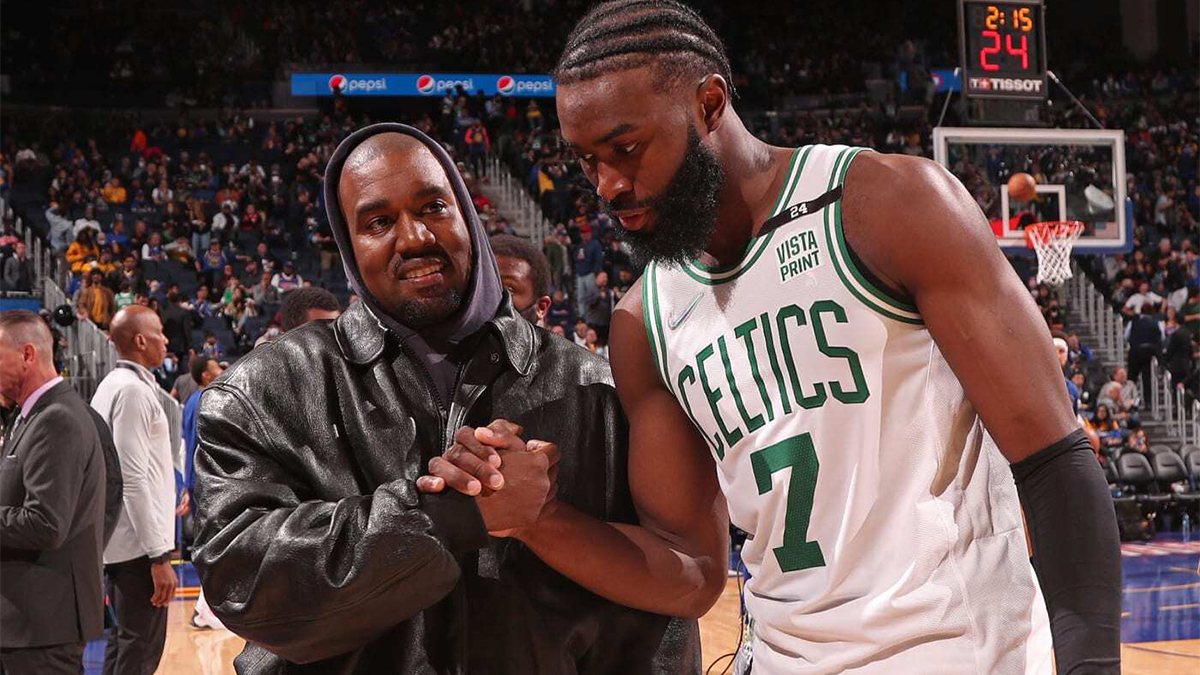 Jaylen Brown is reportedly the first NBA player to sign with Donda Sports. He, however, is not the first prominent athlete to make this step. NFL star and Super Bowl champion Aaron Donald signed to Donda Sports. Finally, the signing became official after Kanye West appeared at a Warriors vs. Celtics game in March 2022 and was spotted taking photos with Jaylen Brown.

The Donda Sports affiliation is star-studded as NFL player Antonio Brown was reported to be president of the organization. This was revealed when Brown told fans he booked the Donda Suite for the upcoming Super Bowl. Additionally, Antonio Brown interviewed with Complex and gave everyone an insight into what it is like to work with Kanye West on Donda Sports.

Antonio Brown told Complex he and Kanye were very excited about developing the Donda Sports Brand. Also, he explained there are not many fashion lines for athletes where the clothes are comfortable and fashionable. With Kayne West being a known fashion icon, it was no wonder the brand would be a success. West is said to be the creative genius behind the brand and Antonio Brown is grateful for the opportunity to work with him in this area. Brown teases fans by saying that Donda Sports has some exciting things coming this year.

Kanye West Switching His Focus To Sports and Fashion

Kanye West has had his plate full lately between his sports and fashion lines, his Donda 2 album, and signing some of the world’s biggest athletes. This has caused him to take time away from his earlier ventures, G.O.O.D. Music. However, in an interview with Complex, 070 Shake, a past signee with G.O.O.D. Music stated that the label no longer exists. He tells reporters that no one currently works for the label, and it has ceased to exist.

What’s Next For Jaylen Brown?

Finally, as for Jaylen Brown, he has an extensive schedule ahead of him. After the Celtics win over the Miami Heat in Game 7 of the Eastern Conference Finals on Monday night, Brown will be moving to the NBA Finals vs. the Warriors in June. Brown has had an excellent year averaging 23.5 points per game with a 47.3 field-goal percentage.

In this article:Donda Sports, Jaylen Brown, Kanye West, NBA
Up Next: