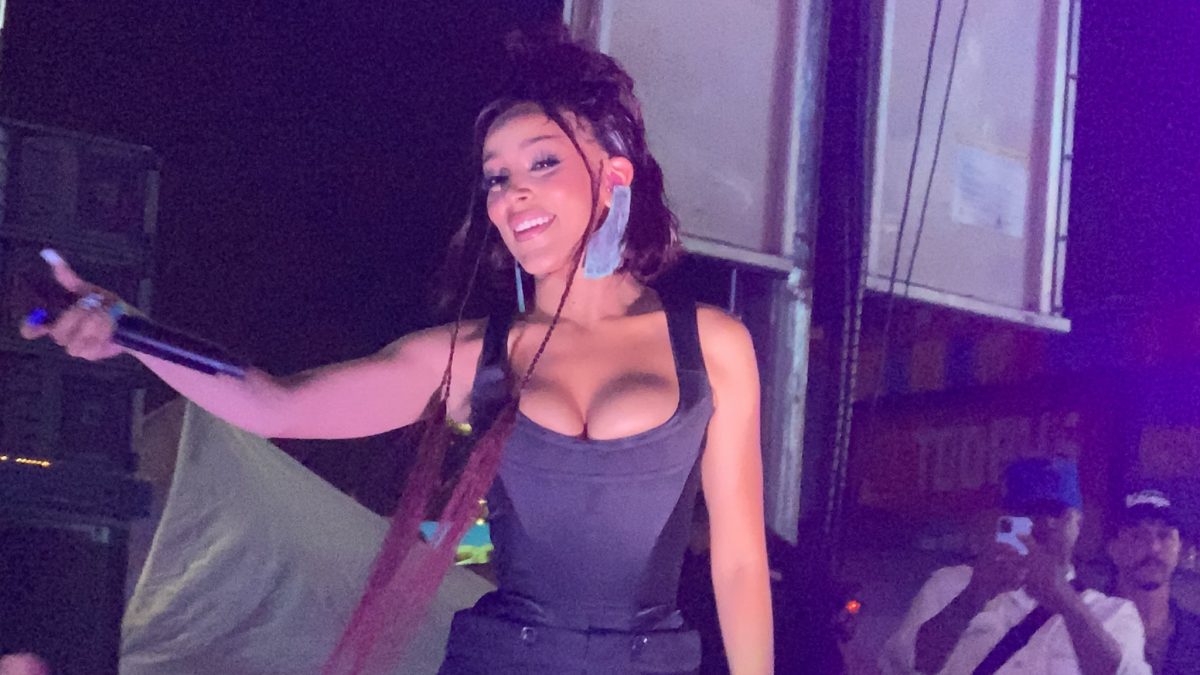 Doja Cat Upcoming Music Will Be A Rap Album

Doja Cat is making big plans for her upcoming music.

Doja Cat recently spoke about her album “Planet Her,” her plans to follow that album up and touched on those who claim she is not a traditional rapper. It was later reported that the Grammy-winning artist would have more than enough opportunities to prove those people wrong with her upcoming album. She reportedly dropped a teaser saying her next album will be mostly rap.

Doja Cat stated, “I’ve rapped since the beginning, and I really couldn’t even sing that well, to begin with—I got a lot better.”

Doja Cats’ spot in the hip-hop industry has been discussed since the beginning of her career. These discussions heightened this year as other rappers have come forward and offered their opinions on how music. Many of these rappers have stated that her rapping talents are unnecessary and dismiss Doja Cats’ place in the spotlight.

Though these comments have been made public, Doja Cat pays no mind to them. Doja Cat reports she has not yet started her next album, produced by 9th Wonder and Jay Versace, but will be coming soon.

Doja told interviewers, “I have been getting songs and things sent to me, oh fuck. I wish I could tell people! There’s some cool stuff that I got sent from friends. They’re all working on beats, and I’m giving them notes, and they know what I want, so I’m excited.”

Doja Cat is known for being unapologetically herself. But shares she has been told not to do this in the past. She explains in middle school, an administrator told her to change the way she dressed when she attempted to express herself. She stated the administrator said, “‘get that crap off of your face. Nobody wants to see that. Why do you dress like this? What’s the point of dressing like this? You’re such a distraction.” Doja Cat then explained, “I never liked the way I looked. I didn’t feel like I fit in. I felt like I stuck out all the time, and I didn’t like it,” she says. “It was a strange time.”

Now Doja Cat has become comfortable with herself, bringing her straight to the top. She is happy to share the spotlight with other talented women when she refers to it as an “explosion of amazing female rap talent.” She specifically shouts out Nicki Minaj. Doja Cat credits her for teaching her how to be a businesswoman.

Doja explains, “the way Nicki can carry herself felt almost alien to me because I was kind of a little runty kid, trapped in her room, just watching YouTube videos.”. She adds, “and back then I was like, ‘Damn, that’s dope.'”

“When you take something that isn’t supposed to be what people perceive as rap and mix it in, it creates something new and inspiring,” Doja Cat said. “I love the irony.”

In this article:Doja Cat, New Music, Rap Album
Up Next: