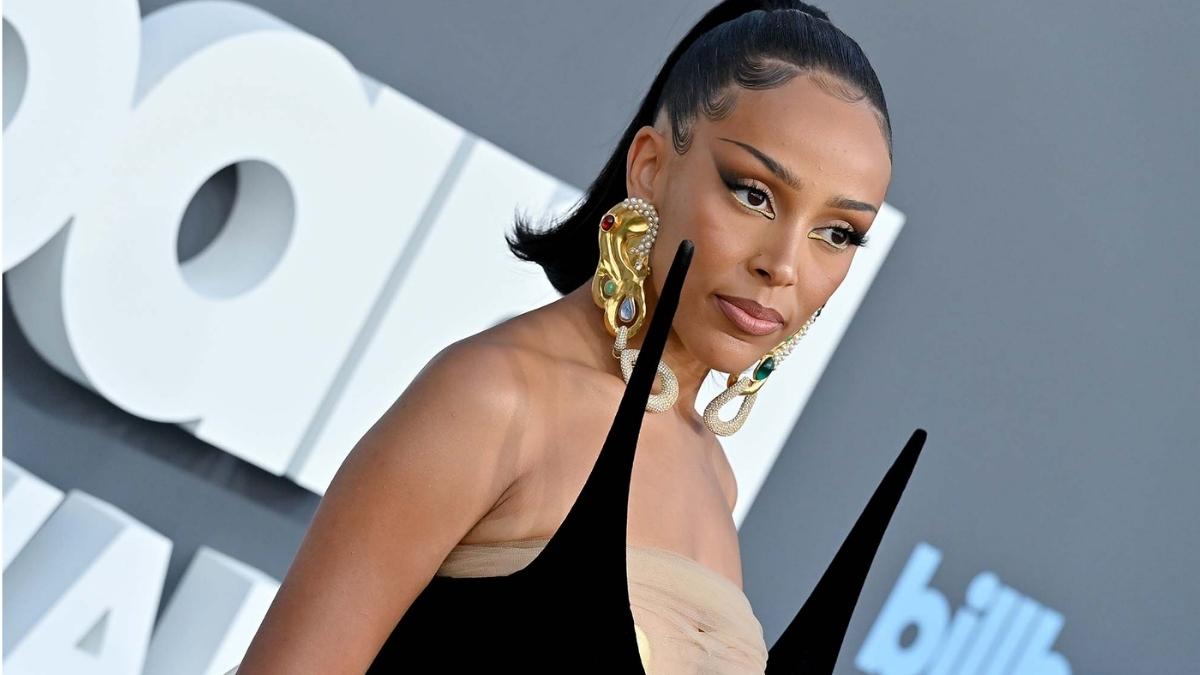 Doja Cat recently decided to shave all of her hair and eyebrows off and has finally given her reason on changing her look.

Doja took to Instagram live on August 4th and revealed she has never liked wigs or her own natural hair. She later went into detail about how hair would get in the way of her workouts.

Why Doja Said ‘See Ya Later’ To Her Hair and Eyebrows

Doja explained, “I feel like I was never supposed to have hair anyway”. “I don’t like having hair, I never liked having hair. I cannot tell you one time since the beginning of my life that I’ve ever been like. ‘This is cool,’ I just do not like to have hair.”

She continued, “I remember feeling so fucking just exhausted with working out, like whenever I went to go train, I had a trainer at one point, and I’d be wearing wigs and they would be getting tacky, they’d like retack because of the moisture, and then they’d start sliding and peeling off of my head while I’m doing this incredibly strenuous thing.”

A Nightmare To Live With

Doja admitted that her natural hair was a “nightmare” and said that she wanted to shave her head a while ago.

“I just can’t believe it took my this long to be like, ‘Shave your fucking head,’” she said. “Because first of all, I don’t wear my hair out. You guys have seen me wear my natural hair out, I had like two eras where my hair would be out, like I would straighten it. There was a moment where it was natural and I don’t even wear it natural because I don’t feel like it. It’s just a fucking nightmare, dude. I’m over it. I’m really liking this.”

See the video of her Doja shaving her eyebrows below:

Shortly after breaking down why she shaved her head, Doja then decided to shave off her eyebrows on Instagram live.

“My makeup artist just texted me, ‘Are you shaving your brows off? I’m driving the fuck over,’” she said. “I’m gonna do it.”

Her August 4th Instagram live session was the first time she has showed off her new look since revealing on July 31st that she was going to shave her head.

“im going to shave my head and gain a ton of muscle but as a joke,” she tweeted at the time.

In this article:Doja Cat
Up Next: