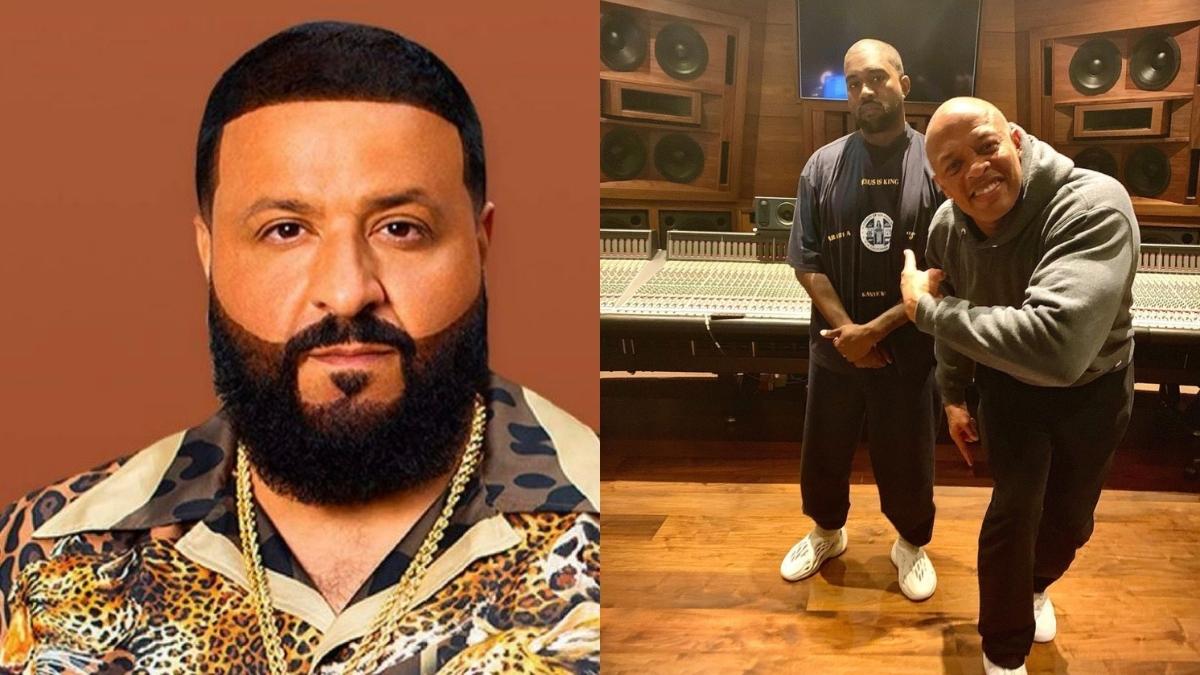 DJ Khaled‘s new album God Did features a song titled “Use This Gospel” that Dr. Dre and Kanye West worked on together. His 30.3 million Instagram followers have been able to view the clip since it was posted on Saturday (August 27). Having the opportunity to work with two Hip Hop giants blew Khaled away.

On the song, Eminem is featured so Khaled honors him with a special shout-out as well.

Khaled captions the post, “PRODUCED BY DR DRE MY IDOL, KANYE AND EMINEM This is a BIG blessing for me, but also a BIG blessing for the world. GOD DID!! THIS A GIFT. DRE DID!! YE DID! EMINEM DID!! #FANLUV I appreciate all the love and support but I need you to understand this is dream come true!! GOD DID!! G O D DID!! @drdre THANK YOU! @kanyewest THANK YOU!! @eminem THANK YOU! Bless up @thelarryjackson”

How DJ Khaled Created “Use This Gospel”

DJ Khaled’s “Use This Gospel” uses Kanye’s original track of the same name as a source of inspiration. Dre remixed the old version to create the new one. In the initial plan, Ye’s 2019 album Jesus Is King would incorporate the track, but that didn’t happen. Khaled explained how the project came together in a recent interview with Apple Music.

“I called Kanye one day and I said, ‘I got an idea,’” Khaled says. “It’s 8 in the morning, he just showed up to my house. I didn’t even know he was coming. He tells the chef to make some eggs with ketchup, and he had a drink. We go to my studio. I play him music. He plays me music. We both inspiring each other. He plays me an incredible album that he did with one of my idols, Dr. Dre. He played it from top to bottom for me. I couldn’t believe what I was hearing. We had a great get together at the crib, he leaves.

“That was a year and a half ago. I said I got an idea I remember you playing me this Dr. Dre, Eminem, Kanye record and y’all were talking about God. Y’all were speaking that gospel. I said that would be beautiful if we could put that on God Did. And yeah, hits back and says, ‘I love the idea.’ Ye don’t love no idea.”

Khaled was able to proceed with the song after getting clearance from Dr. Dre and Eminem. On Friday (August 26), God Did was completed and released, featuring JAY-Z, Lil Wayne, Drake, Future, Travis Scott, 21 Savage, Rick Ross, Lil Baby, and many more.

Album Expected to Do Numbers

HITS Daily Double estimates over 105,000 album equivalent units will be sold in the first week of the album, making it the top-selling album of the week on the Billboard 200.

Click below and listen to “Use This Gospel (Remix)” by DJ Khaled, Kanye West, Eminem, and Dr. Dre.

Snoop Dogg & Eminem Put On A Crazy Performance At The VMAs