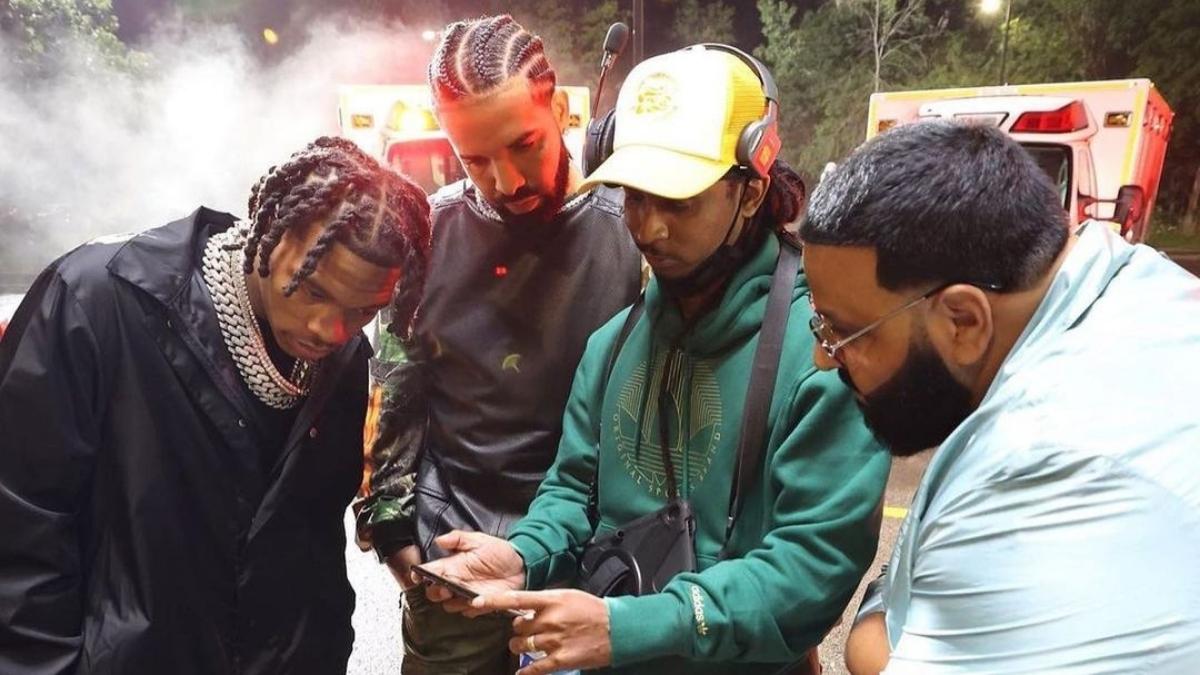 DJ Khaled has finally dropped the anticipated single with Drake and Lil Baby called ”Staying Alive.” The visuals to the track have a creative twist to them.

The music video, directed by RT!, takes place in a Hospital by the name of “Khaled Khaled”. All three musical legends play medical professional roles. Lil Baby is smoking a blunt as a surgeon, Drake is smoking hookah in the hospital hallway, and Dr. Khaled emphasized his catchphrases among the rest of the crowd.

On the second verse, the Atlanta native adds, “I put my feelings aside, you want me to die? But baby, I’m stayin’ alive. ’Posed to be one of a kind, you puttin’ no miles, I thought you was down for the ride.”

Check out the official Staying Alive music video below:

DJ Khaled praised Drake, calling him a ”genius,” for the hook he wrote on the new banger. The multi-award winning producer said, “When Drake wrote that hook… there’s a reason why certain people are called genius. This is when you understand that word, it’s called genius level.”

This new song continues Drake and Khaled’s long going collaborative efforts. With past hits such as ”Popstar,” ”No New Friends,” and ”Fed Up,” these two have left a huge mark on the music industry over the past fifteen years. Drake has also worked on several hit singles with Lil Baby in the past such as “Wants and Needs” and ”Never Recover”

In this article:DJ Khaled, Drake, Lil Baby
Up Next: