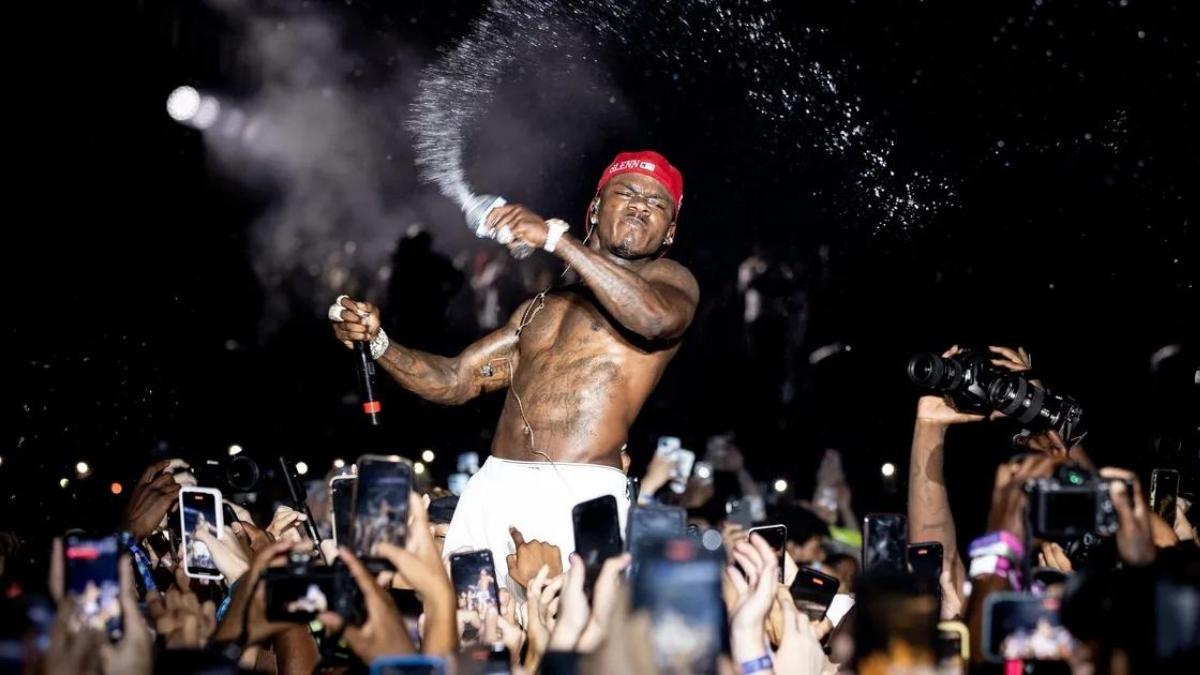 DaBaby paid his respect to a 10-year-old kid who ran up to his car on August 4th (Thursday) and rapped a few bars for him. He ran up to DaBaby’s car saying, “I gotta say something real quick. Wait, wait,” without realizing the Charlotte rapper was in the vehicle. He added, ”I could rap for y’all? That’s DaBaby? Oh, we gone!” DaBaby was so impressed with the young lyricist’s performance, that he decided to bless him with a handful of $50 bills. He told the kid to go buy a pair of new kicks at the Flight Club down the street.

Taking this interaction to Instagram, DaBaby posted a clip to his page captioning it, “Meet my boy @gmb.phatphat Anything is possible lil bruh, stay out of trouble & keep hustling.”

The youngin’s stage name is GMB Phat Phat. His Instagram account grew nearly 9,000 followers after the interaction with the celebrity. He is hoping to turn the spotlight he received into a catalyst for a successful rap career.

The Business Side of DaBaby’s Career

In a recent interview with Full Send Podcast, the rapper also gave some insight on the business side of his music career. He mentioned that his club appearances cost $200,000 and his feature on Dua Lipa’s ”Levitating” remix was $350,000.

DaBaby revealed that he is looking to drop his album, Baby On Baby 2, later on this month.

In this article:DaBaby, Dua Lipa, Full Send Podcast
Up Next: