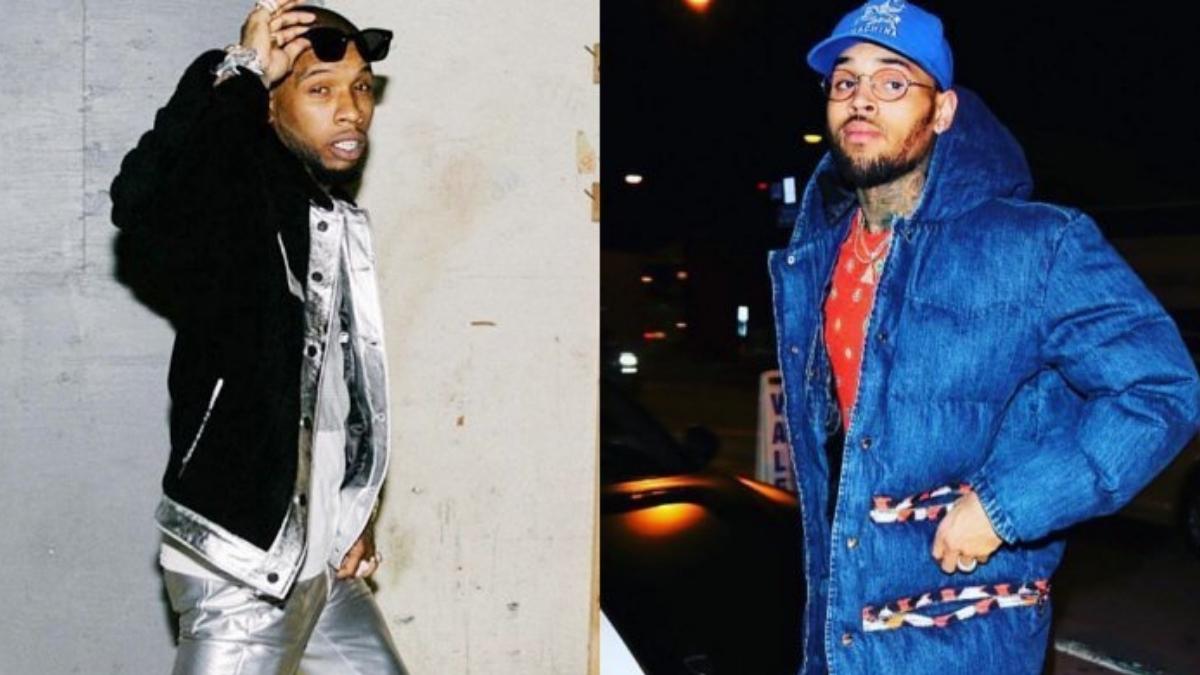 As a tribute to Chris Brown’s illustrious music career, Tory Lanez has gifted him with a stunning piece of jewelry.

A pendant declaring Chris Brown the ”King of Pop,” a nod to Michael Jackson, was custom made by Tory for Brown.

The Canadian rapper took it to Instagram to show off the piece and talk about C-Brezy. He captioned the post, “@chrisbrownofficial IS THE KING OF POP WHEN IT COMES TO MY ERA AND MY GENERATION …….IDGAF. My dawg held me down in a time when most of the world left me for dead !!! I feel like This is a well deserved gift …. For so many reasons !!! Most of those reasons I engraved on the back of the chain !!!! Enjoy it my boy!”

Chris Brown’s musical accolades are written on the back of the pendant, including his wins and nominations award shows.

The two musical legends recently collaborated on Brown’s album Breezy with the song ”Bad Then a Beach.” The two have previously worked on tracks together such as ”Feels” and ”Duck My Ex.”

Chris Brown has shut down any comparisons to the late Michael Jackson. He even paid tribute to the Pop icon in an interview with Big Boy. He said, “My personal take on it is, I wouldn’t even be breathing or even be able to sing a song if that man didn’t exist. I don’t know if they look at it as a Jordan-Kobe thing, but I couldn’t even look at it. He’s lightyears ahead. There is no competing with him.”

On Thursday night (August 4th), Chris Brown will continue his One of Them Ones Tour with Lil Baby in Chicago.

In this article:Chris Brown, Lil Baby, Michael Jackson, Tory Lanez
Up Next: