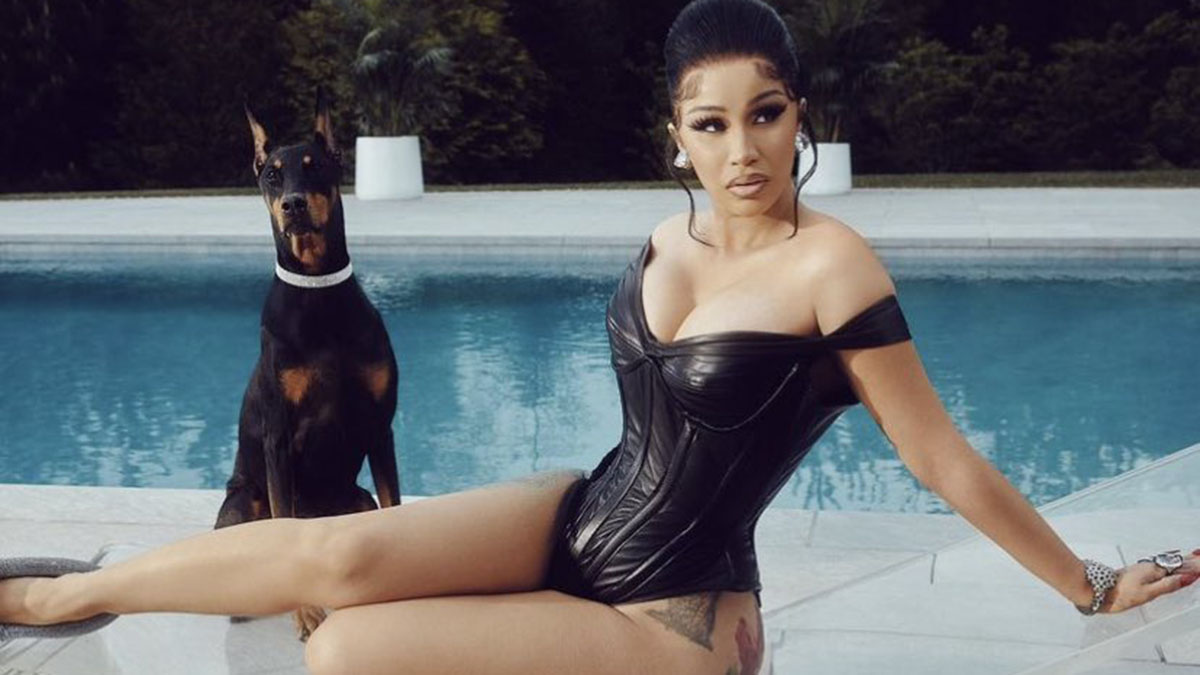 On Friday, July 1, Cardi B emerged the release of ‘Hot Shit,’ her first song of 2022. The Bronx native records alongside Kanye West and Lil Durk over a Tay Keith composition, making the song a star-studded moment.

Breaking the typical artist release format, Cardi B went on Instagram Live on June 27th to explain how ‘Hot Shit’ won’t have a music video. She explains that it differs from a lot of her prior filthy songs and isn’t something intended to be a TikTok.

“It’s something that I feel like y’all haven’t heard from me before,” she said, “I feel like people is expecting a lot of slutness and blah blah blah. Y’all keep talking I keep making TikTok records and this is definitely not that. It is a fun great record. It’s masculine [and] it’s great for the clubs. It’s great for the bitches.”

Cardi B noted how frustrated she was with the song’s rollout so much so that she almost nixed the release.

“I will not be releasing a music video with this song,” Cardi added. “I just don’t feel like doing too much this time around. I’m just exhausted with everybody [and] I’m so tired of people not doing their fucking job correctly.”

Despite the current importance of TikTok in the music industry, Cardi B explains that she didn’t let the possibility of the song going viral on the app influence her creative decisions. She also shows signs of heading in a more mature direction. She notes that it won’t be risque like some of her previous work.

The Hardest Verse in Cardi B single ‘Hot Shit’:

Lil Durk even went to Twitter to acknowledge Cardi B as having the “hardest” contribution to the record.

“You got the hardest verse we can all agree,” he posted to Twitter.
Kanye shared with Hollywood Unlocked’s Jason Lee during a January interview that he had just left the session where he was recording with the female rap star.

The Chicago hip-hop legend also divulged that he looks up to Cardi B. He loves her fearlessness and ability to be herself.

“You said to Cardi, ‘You’re my hero because you can say whatever you want and not be judged,’” Lee remembered Kanye telling Cardi at Kris Jenner’s house.

“I was finishing that verse for your girl,” Kanye says speaking about Cardi. “I always believed in her since she was on the show, period.

In this article:Cardi B, Lil Durk
Up Next: