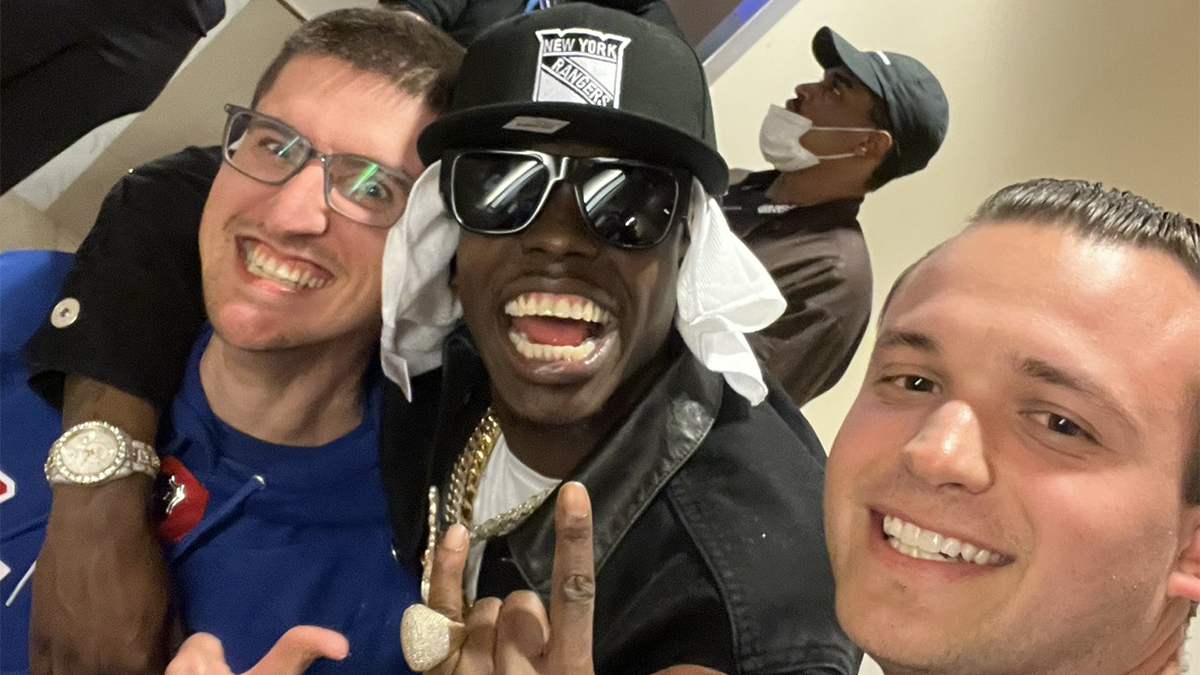 Bobby Shmurda was out in full force at the New York Rangers game on Wednesday night. Instead, he was trolling a Tampa Bay lightning fan, waving the NYR towel in his face.

Videos show Shmurda dancing and waving that “No Quit in New York” towel in the Lightning fan’s face. The Lightning fan took it like a champ and responded with a thumbs down.

It seemed like Bobby Shmurda at the time of his life at this hockey game. Along with going crazy about the goals the Rangers scored, he was enjoying taking a bunch of photos with fans both inside and outside of Madison Square Garden.

Bobby Shmurda could not have attended a better first-ever NHL game. There was plenty to be excited about, leading to many viral moments for the rapper.

We can not forget about the legendary Fat Joe, who was also in attendance. Bobby Shmurda and Fat Joe went home happy after a 6-2 Rangers win.

In this article:Bobby Shmurda, Icy Ventures, NHL
Up Next: