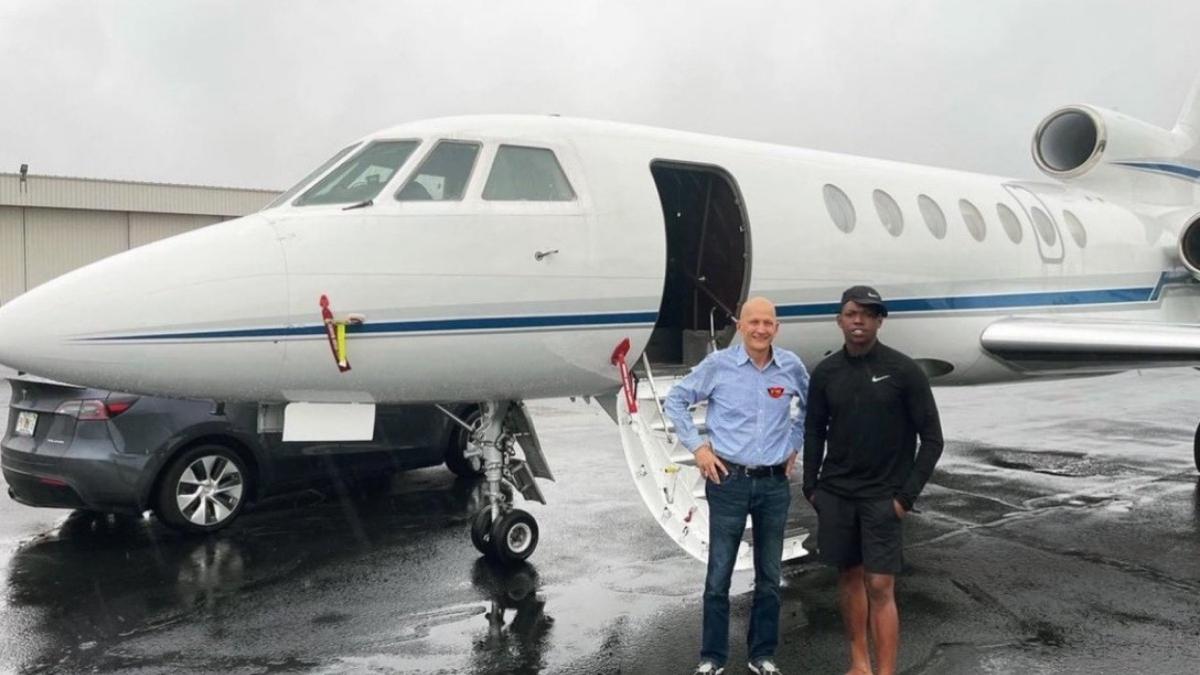 Bleu treated himself nicely and purchased his very own private jet. He took to Instagram last week showing a video of himself signing the paperwork from the inside of the jet. He explained in the caption how proud he was of himself for being able to make such a large purchase.

I’m Proud Of Myself

“Nobody know we’re life can take you,” he wrote. “It took me 10 hard years to get here. Where can I start. I used to day dream all day when I lived with my mama. I used to tell people everyday Ima be successful. Some people believed some didn’t. I just Kept going ! On my road to success I fell off bout 4 r 5 times . Lost Alotta loved ones . Gave away Alotta money blowed a lot to . But I dnt regret ! I helped Alotta people. At the same time Never hated on Nobody!”

Bleu continued” never said I deserved another man success. always played my role. Stayed a HUMBLE BEAST ! hits I’m resilient! can’t be defeated ! I pulled my self up every-time!!”

At the end of the caption, Bleu revealed that a follow-up to his 2021 album Moon Boy is on the way. He wrote: “I’M PROUD OF MYSELF! U A FUCKING BEAST. To not even owning a car to owning plane ! I couldn’t afford to buy Corbin diapers now to owning my own private jet . From Alabama ? Man I broke barriers I’m already a goat in my state.

“When I was young in the game I didn’t no what being a ARTIST Vs BUSINESS MAN was. Alotta these people dnt understand the moves I make behind closed doors. I just be letting y’all flex but mane ! I had to post this 1 ! I’m posting this to motivate the young guys ! Long term investment! #MOONBOYJETS @moonboyuniv #HUMBLEBEAST and most importantly! ALBUM OTW.”

Bleu has never been shy shedding light on his humble beginnings before. Back in February, he posted a low-resolution clip featuring a song from his early days as an artist. He captioned the post: ” WHERE YALL FIND THIS. Wooow ! Mannnnnnn ! this was so long ago years ago in the bottom I was a lil bad azz dudeee mannnn we was struggling and thuggin shit almost made me cry watching this. MOST OF everybody IN THIS VIDEO EITHER GOTTa LIFE SENTENCE OR STILL BEHind THE FENCE and I made it. Ain’t have not 1 dollar to my name free mane! Free dem boys ASAP my jeans was so dirty boy.”

On the music side of things, Bleu teased a upcoming single with Nicki Minaj on Instagram on September 11th titled “Love In The Way” which is expected to be released on September 16th.

In this article:Bleu, Nicki Minaj
Up Next: