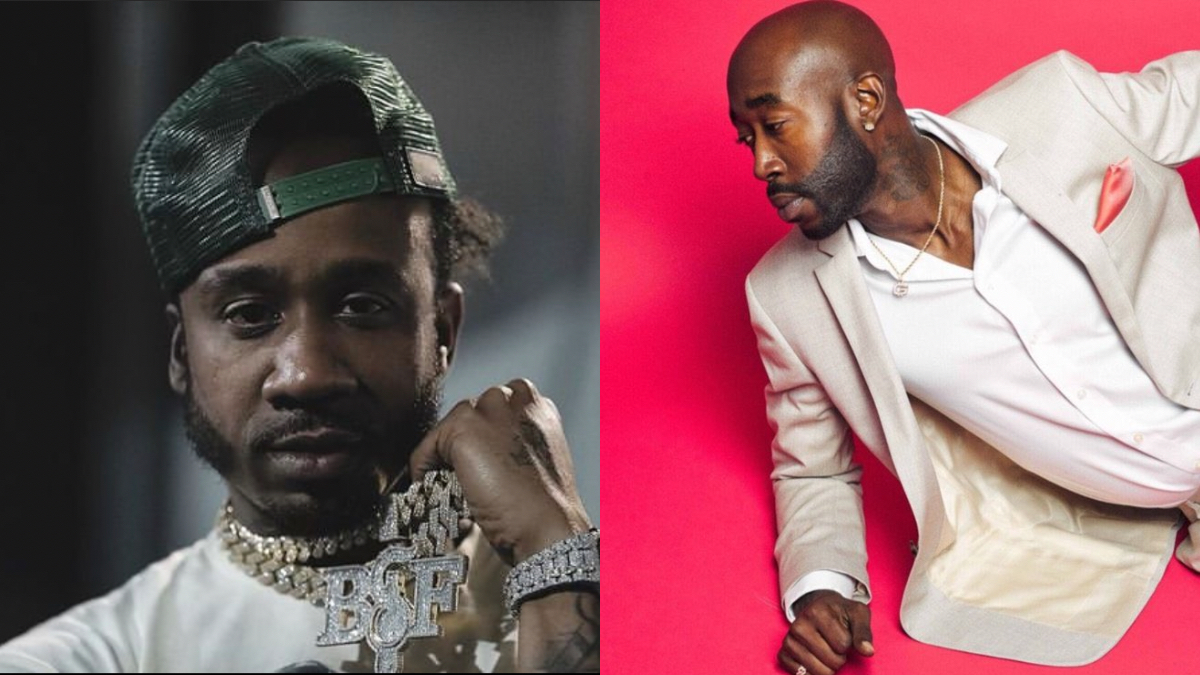 Benny The Butcher Takes Another Shot At Freddie Gibbs

Since then the tweet has gained over 2,000 likes however, Gibbs seems to be brushing off the diss given the fact that he was already well aware of his girlfriends former adult film content.

Gibbs’ girlfriend who is famously known as The Fit Miami online, also brushed off the diss and even thanked him for the exposure giving the fact that it upped her Onlyfans subscribers as well as her Instagram followers.

“Thanks @getbenny I was wondering where all those new subscribers were coming from,” she wrote.

The beef between Benny and Gibbs’ was refueled earlier this week when the Buffalo native posted a video on social media featuring his chains alongside one of Freddie Gibbs’ chains. The chain was possibly snatched during the brawl between the two earlier this year in May in Buffalo at a Dinosaur Bar-B-Que.

Benny followed up the post, taunting Gibbs’ by wearing his snatched chain and dissing him in a series of clips.

“Ayo, MC Dinosaur Bar-B-Que. That’s what got your head punched in the first time,” he said. “Talking about shit you ain’t have nothing to do with. Real shit. N-ggas dragged you by your chain. N-ggas took this [chain] off your bitch neck. You pussy, n-gga.

“MC Dinosaur Bar-B-Que, you been getting ran down on n-ggas for the past year without a gun. You a bitch. MC Dinosaur Bar-B-Que, n-ggas punched yo head all in — had you fucking lumped up with stitches all in yo shit for running your mouth like you doing now. Remember that? Then you went next day and bought that cheap-ass Cartier watch.”

The two first began exchanging disses back and forth on social media in March, which led to Gibbs and Benny’s crew getting involved in a physical altercation in May while Freddie was in Buffalo on tour.

In this article:Benny The Butcher, Freddie Gibbs
Up Next:

Usher Finally Claims His Crown As King Of R&B