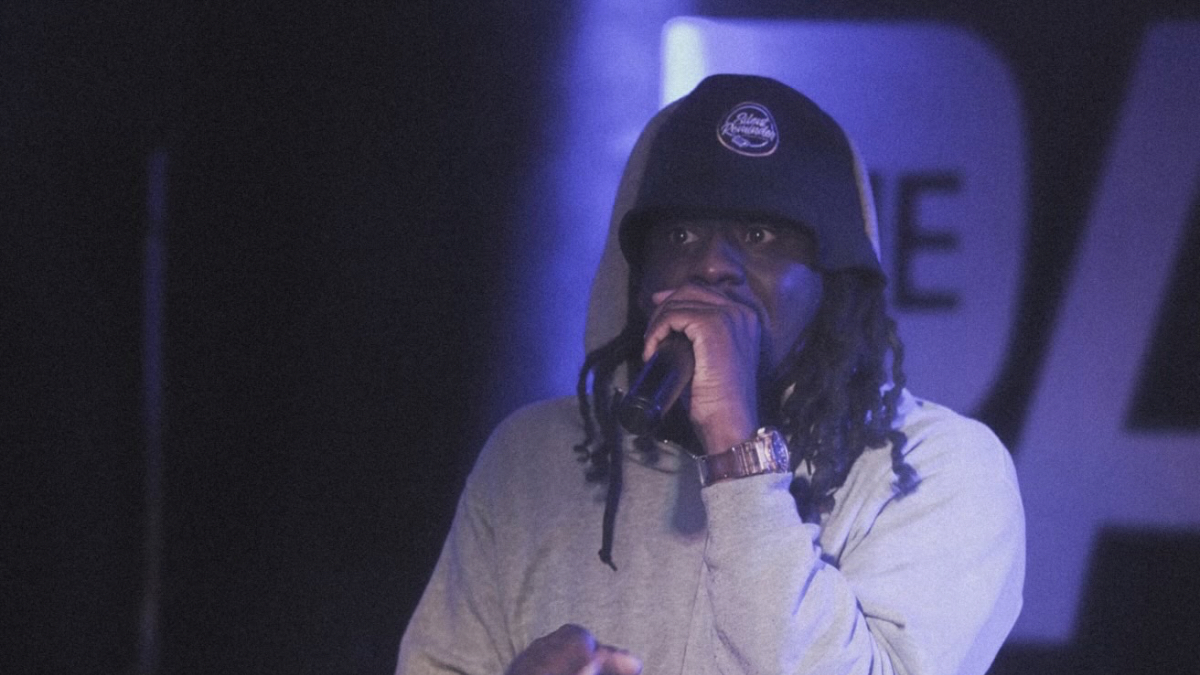 With the release of his most recent album, “This Part Of My Life Is Called…” rising artist Tye Cooper stopped by to give some behind-the-scenes insight on what the project meant to him.

What Did The Project Mean To You

When asked what the project meant to him and why it was titled TPOMLIC, Tye stated, “This project was one hell of an experience. Although it came out recently, it’s a record I had planned to release last year on juneteenth. It means a lot to me, and I will always remember where I was in my life writing it. I wanted to cultivate a pursuit of happiness vibe. The title is based on the narrative Will Smith gave throughout the movie, and I wanted to mirror that to the best of my ability with each song on the album.”

“There were a handful of sudden changes going on in my life during the writing process. I lost my girlfriend and uncle within 24 hours of each other. The files/sessions to the project got destroyed and I had to recreate the project at another recording studio, and certain reinterpretations weren’t hitting like they did when I first recorded. Hence, it took a lot of patience, and by the time juneteenth came around, I was in no shape spiritually to put the project out. I stood busy and productive by writing more music and performing, but when I was in life, I was not ready for an album to be released. Ultimately, time got easier with the sudden losses attributed to the project coming out at such a divine time, 11/11.”

Did You Have Any Favorite Tracks Off TPOMLIC?

When asked what his favorite tracks off the project was and if there was a deeper meaning behind the songs, Tye stated,

“My favorite songs on the project are Golden Globes, When The Tables Turn, & Halle’s Interlude. ‘Golden Globes’ is that record that makes you feel like you got inducted into the hall of fame. That official invitation to the award ceremonies. Benny is talking that shit that makes you feel like you can conquer anything, so the level of bars and quality of production went hand in hand effortlessly. Cristina Mackey is an angel. She is lovely and even more attractive to work with creatively. She understood the assignment and delivered it, and when we finally met to film the video, her energy and wardrobe made even more sense to be involved, and it was a pleasure working with her. Groove Theory’s “Tell Me” was the first thing I thought of when the producer, Gwapstar Mon, played a handful of joints. I knew I needed something smooth to be placed dead in the middle of the album. ‘Halle’s Interlude’ is a jam my mother would enjoy, like her age group. My homegirl Psyche Wilson, a frequent collaborator, is who you hear on the chorus.”

“’When The Tables Turn’ is the joint that’s going to go crazy at like festivals and live shows. I had an album release party and had to go through clearance with DefJam/Roc Nation for the project to be released properly. That was a unique experience because after all the things Dan Murphy (friend and owner of Silent Reminder Entertainment) and I had to go through. We got an album released but only on some DSPs, with an album release party supporting it. I played the whole album anyway at a club in my hometown, and the reception when this song came on was incredible. One of my favorite female MCs from Rhode Island is on this record; she took it even further with the precious energy she has to offer. Mz Marrowz is someone to look out for!”

Keep up with Tye Cooper by following him on Instagram here and stream his new album below.

In this article:New Album, Trending Artist, Tye Cooper
Up Next:

​​Introducing Jonny Parks: The Up and Coming Independent Artist from NYC