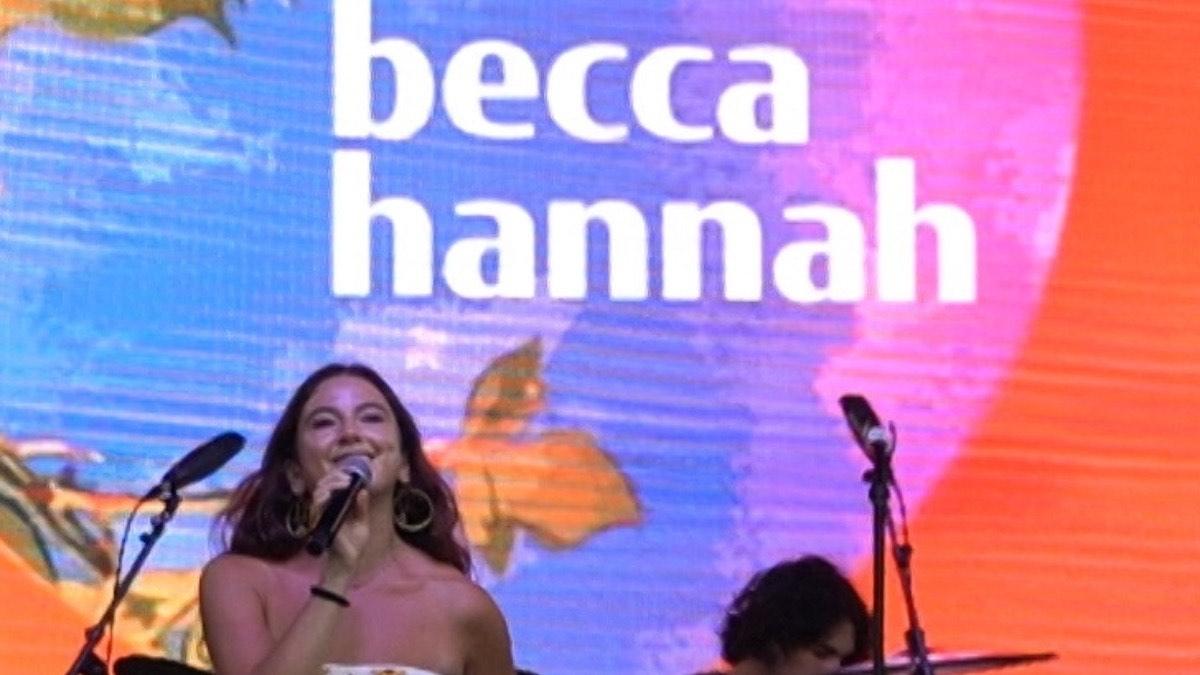 Most artists early in their careers don’t have as much success compared to the early stories of other established artists in the music industry. However, that isn’t the case for rising singer and songwriter Becca Hannah. Independently, she’s already accomplished her fair share of achievements landing a distribution deal with Equity Distribution and being a performer for the Made In America Festival that recently made a stop in Philadelphia.

Hannah took the stage to woo the crowd with her voice alongside her band and fellow artist and friend QuestionATL. Other members on stage alongside her were guitarist Tristan Jantz, bassist Connor Duke, and drummer Zach Pockrose. The man credited for taking all the spectacular shots of their set is legendary photographer Rohan Edwards, owner of Salad Days Creatives.

Becca Hannah Stays Humble Through It All

When asked about how she felt about being able to perform at a large venue so early in her career, Hannah humbly answered: “I really felt like my voice was being received. The audience was so enthusiastic about what I had to offer, which was such an exhilarating feeling. Our energies were radiating off each other in pure harmony.”

Her success at the MIA festival came as no surprise given her track record of being able to keep the audience locked in on her performance. Her soothing voice and infectious melodic delivery on tracks has helped elevate her to the top of her game. The fact that she’s still so early in her career with the achievements she has under her belt is a clear sign that Becca Hannah is an artist to stay on the lookout for. Keep up with everything Becca Hannah by following her on Instagram here and stream her current catalog below.

In this article:Becca Hannah
Up Next: