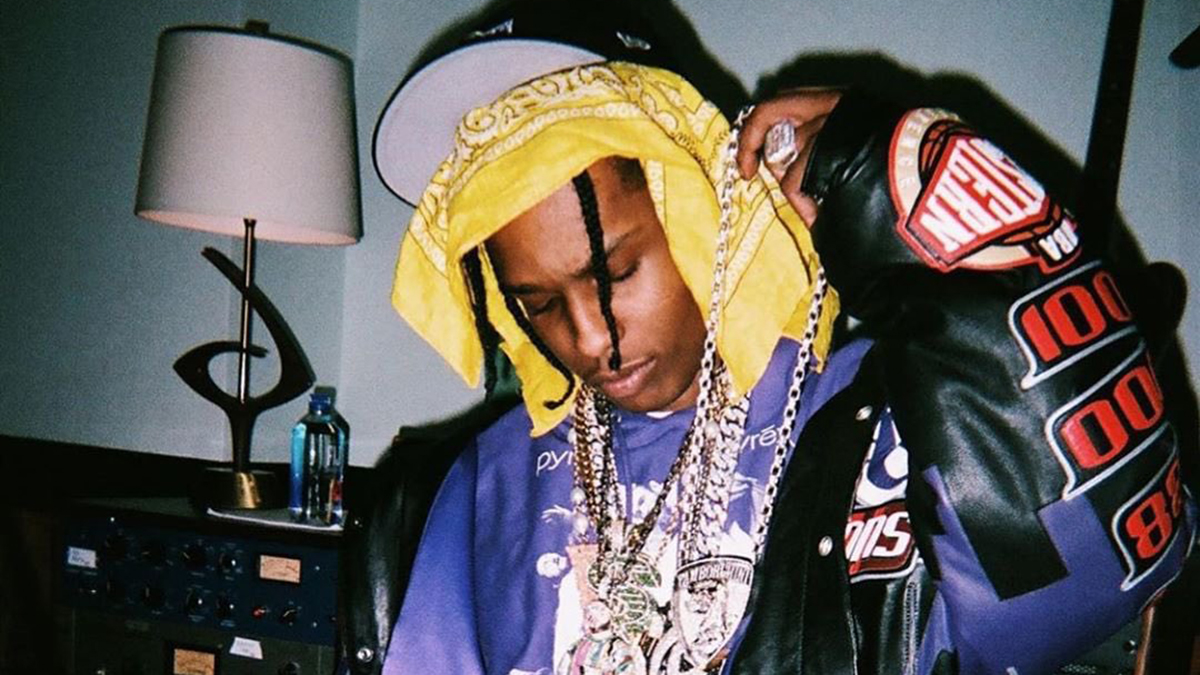 The music industry is notorious for its tendency to claim the young lives of many of its participants on their trajectory towards stardom. Unfortunately, one of A$AP Rocky’s closest confidants, Steven “A$AP Yams” Rodriguez, fell victim to this trend when his life was cut short at age 26. Due to an accidental overdose of a lethal combination of narcotics. A$AP Yams was one of the original visionaries of the legendary New York hip-hop collective, A$AP Mob.

Recently, A$AP Rocky had an open discussion with comedian Jerrod Carmichael for Interview Magazine. Rocky shared what he went through in the first moments of finding Yams unresponsive in his apartment in Brooklyn. In addition, the A$AP mob leader shared many insights about these tragic moments.

As a comedian, Carmichael discussed finding a lighter side in even the darkest parts of life. Prompting Rocky to recall a funny moment he shared with A$AP Lou during the discovery of Yams’ body.

“Yo, no bullshit. The day Yams died, me and [A$AP] Lou found him, and he wasn’t responsive,” he recalls. “We ran to the kitchen to get water, ice, shit like that. I got to the kitchen first, and I could see into the hallway. I’m at the sink pouring water, and I look down the hall and see Lou running to help me grab some ice to wake Yams up.”

“It was like a cartoon — my man tripped and slid down the hall on a carpet like Aladdin, bro. He went from the living room and slid all the way to the kitchen. I’m literally dying crying, but I’m crying from laughing, and I’m crying ’cause Yams is dead.”

A$AP Mob Would Never Be The Same

“I just look at his face. I look at Lou. You could just tell. We knew,” Rocky shared with The New York Times during a 2015 interview. “I was scared. I was wilding on everybody, like, ‘Who let him do drugs?’ Even though you can’t blame nobody.”

Despite having a brief laugh during this tragic moment, A$AP Rocky experienced a massive trauma on the day he lost his best friend. Still to this day, the charting rapper deals with the pain of having someone extremely close pass away before their time from a preventable mistake. Yams remains a source of inspiration for the crew. His face and memorable birthmark being remembered through merch, album covers, promo material, and numerous fan pages still posting about him.

Contemplating the massive turn of events both their lives took, he also told MTV News, “When it comes down to it, would I trade this music for Yams? Yes. Because in all reality, Yams is the only person that’s actually been through this shit with me and knows how I feel.”