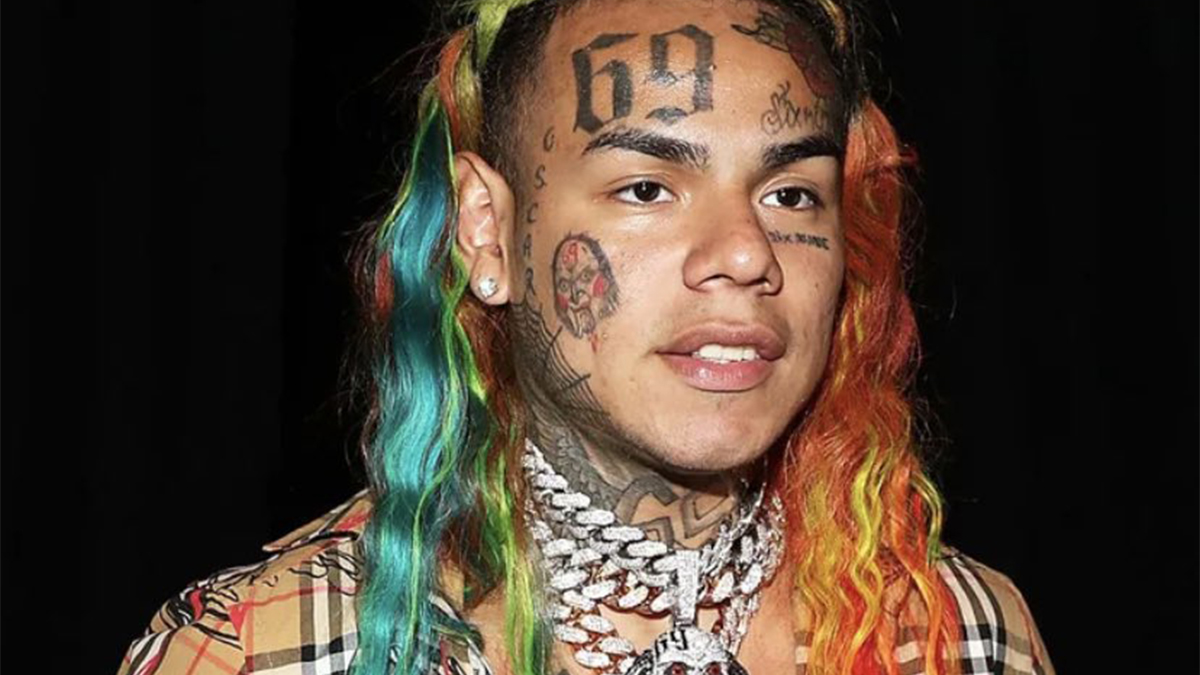 While visiting Miami, Florida, 6ix9ine walked into a gas station looking to purchase a drink. However, the rapper was surprisingly strolling without security and had a mask on. Recognizing the rapper by his rainbow-colored hair, the gas station employees asked him what his name was. 6ix9ine, well-known for his “clown” personality, answered by telling them he was Lil Pump.

Akademiks posted a video on his Instagram page with footage of the interaction. You can see 6ix9ine wearing a ski mask and expensive jewelry as he walks up to the counter, and one of the workers asks, “What’s your name, bro?” That’s when the New York rapper replied and said, “Lil Pump,” and you can hear someone in the background saying, “You know who it is”. The caption of the posted video said, “6ix9ine pulled up to olo gas station in a McLaren. Dat boy must think Miami sweet”.

Although there hasn’t been news about 6ix9ine in the past couple of weeks. Akademiks mentioned his relationship with the rapper in a recent interview with HipHopDx. He mentions that he knows the real Daniel Hernandez and not the media portrayed 6ix9ine.

Akademiks talks about his interaction with 6ix9ine as he pulled up to Complex one day. He said “I remember walking through the office, and nobody wanted anything to do with him. I was pretty much saying ‘Does anybody want to do an interview?’ and everyone was like, ‘Yo, fuck no. Don’t ever bring him back to the office”.

As 6ix9ine amassed his popularity on the internet over the past several years, he became one of the most controversial artists in the music industry. Not only is he known for his “snitch” reputation now, but the rapper is constantly trolling people online, including other rappers.