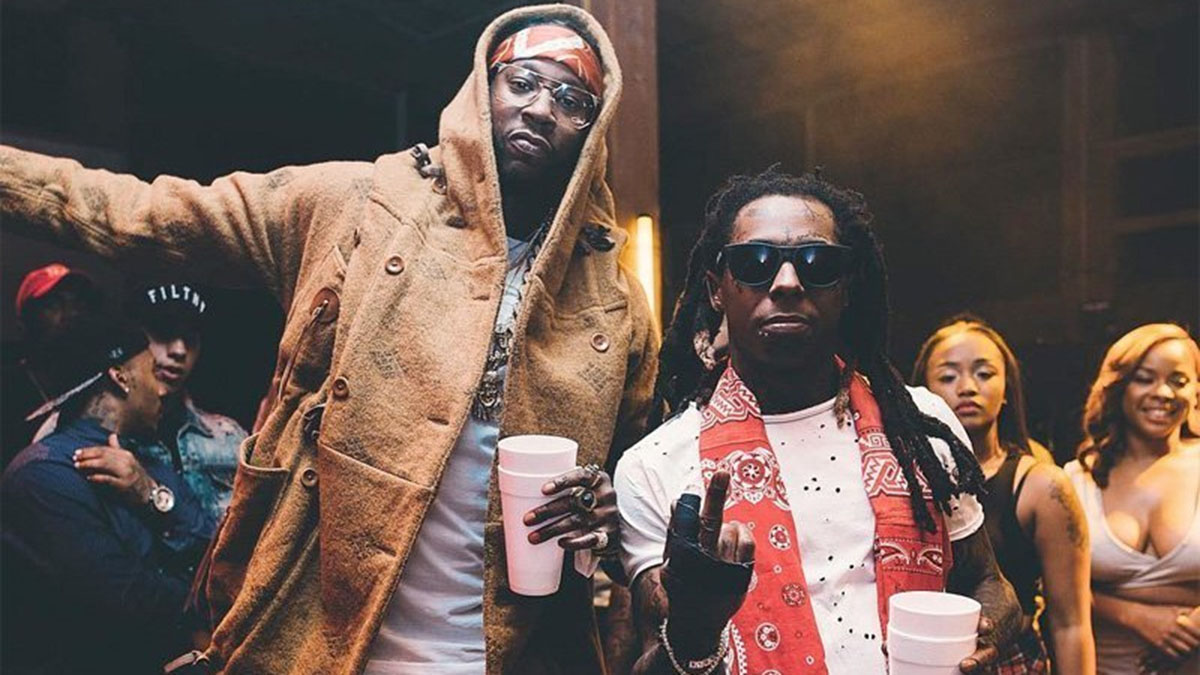 From ‘Titi Boy’ to ‘Duffel Bag Boy’, 2 Chainz is back in action once again teaming up for yet another collaborative effort alongside rap legend Lil Wayne. A first since their infamous 2010 hit entitled ‘Duffel Bag Boy’

In 2016 Lil Wayne paired up for extensive collaboration on 2 Chainz ‘ColleGrove’ album. Now they are headed back into the studio to cut a brand new project. 2 Chainz confirmed Monday on social media.

“Had a good weekend [with] 2 shows in Vegas and one in Mexico in Two days, now I’m about to crashI’m just walking out the studio, been with @LilTunechi all night, lets just say I’m excited about our project.” Chainz then took the good news over to Twitter alongside his wife in a photograph.

ColleGrove album debuted at number four on The Billboard 200 with the equivalent of 53,000 units sold. It was a fan-pleasing album and considered by many of his fans to have been one of the more enjoyable listens of the year.

Despite no featured guest appearances this album featured the likes of musics most revered and sought producers in the game. Including SouthSide, Mike Will Made-It, Zaytoven, TM88, Metro Boomin, Frank Dukes, as well as London On Da Track amongst other highly acclaimed producers.

‘Money Maker’ was the pair’s most previous artistic link-up off 2 Chainz’s 2020 release of ‘So Help Me God’. You can peep right here.

In this article:2 Chainz, Lil Wayne
Up Next: